More than 50 traders from Embu County have petitioned the County Assembly to appropriate funds for reconstruction of the old Markiti market that was torched by arsonists in March this year.

The public petition for reconstruction of the gutted Embu Municipal Covered Market as drafted by business owners and administrators was read out to Ward Representatives by Speaker Josiah Thiriku with a raft of prayers to the legislature.

The petitioners claim that the people who were compensated earlier in the year were neither stall owners nor administrators at the market. They further revealed that only the hawkers who were operating outside the market and storing their wares there were compensated.

The aggrieved business people expressed their dissatisfaction with the County Government’s failure to rebuild the iconic market, adding that they had continued to suffer untold economic losses since their stalls was the only source of livelihood for their households.

Further, the traders stated that they had petitioned the relevant County Executive Departments, but had not obtained any satisfactory responses to their queries and plights. They now want the County Assembly to take up the matter and oversee the reconstruction of the market.

The petition calls upon the legislature to order the County Executive to allow stall owners to erect makeshift structures to continue with their economic activities before a permanent structure is constructed within the 2020/2021 Financial Year.

The traders at the same time have urged Ward Reps to consider sanctioning the allocation of temporary trading spaces within the perimeter of the new market to the petitioners to enable them to continue operating their businesses.

Additionally, the petitioners have requested the County Assembly to allocate and approve funds in the Embu County Budget for the 2020/2021 Financial Year to compensate to compensate them for the losses incurred, since they had not received any form of help from the County Government.

MCAs supported the petition and called for construction of an ultramodern multi storey business park that will host more traders than the number that the old market had housed. The leaders pledged to champion for allocation of more funds to the project in subsequent budgets.

Speaker Thiriku committed the petition to the sectoral committee on Trade, Tourism, Investments and Industrialisation for consideration and drafting of a report on the same matter in line with the Standing Orders of the August House. 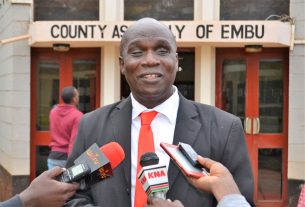 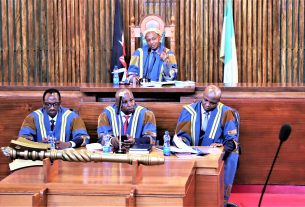 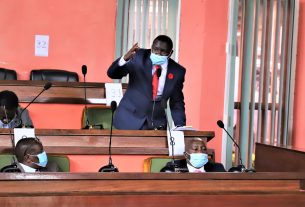