EMBU WARD REPS CALL FOR ABOLITION OF SENATE FOR NONPERFORMANCE

Embu Ward Representatives have called for the abolition of the Senate for failing to agree on a Revenue Sharing Formula for county allocations of national resources.

Led by Deputy Speaker Steve Simba, the MCAs lamented that the Senators could only agree on impeachment votes, legislation on recalling Ward Reps but could not reach a consensus on increase of county funding, the Ward Development Fund the sharing formula or legislate on MCA pensions.

Simba scoffed at Mt. Kenya Senators for participating in shooting down of the proposed Revenue Allocation Formula, saying that the Motion before the House was not just a duel aimed at displaying political might, but a well thought out legislation to help highly populated regions.

The Runyenjes Central MCA revealed that Embu County lost close to Ksh 500 Million with the death of the proposed formula, adding that Kenyans were disappointed that after electing the country’s top brains to represent them at the Senate, the big minds could no longer reason together.

Kagaari South MCA Robert Ireri said if Kenyans never saw a reason to abolish the Senate; popularly known as ‘Nyumba ya Wazee’, the bungled revenue allocation debate ought to be reason enough to do away with the second tier of Parliament.

Ireri wondered what the importance of the Senate was to Kenyans and the 47 counties if they could not agree on a revenue sharing formula. He urged the Executive to decree that Senate was a nonperforming liability and immediately scrap it away if Senators cannot agree to do their most important job.

According to Muminji MCA Newton Kariuki, MCAs had become too much of threats to Senator’s; most of whom are aspiring to become Governors after the 2022 General Election, that any plans to increase funding to counties or create a fund for development projects at the ward level had to be killed.

The MCAs who were speaking while deliberating on the Embu County Appropriation Bill, 2020 also condemned in the strongest terms the battering of Patricia Mutheu; the Mlango Kubwa MCA at City Hall in Nairobi County by police officers armed with batons.

Makima MCA Phillip Nzangi and his nominated counterpart Elizabeth Kibai took time to castigate the heinous act and expresses fear on their own safety. Speaker Josiah Thiriku however assured the leaders that the legislature would go to any length to ensure that nobody would mete out such violence on Embu MCAs. 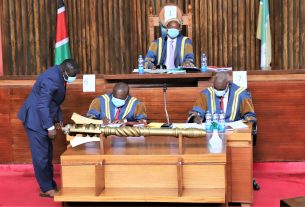 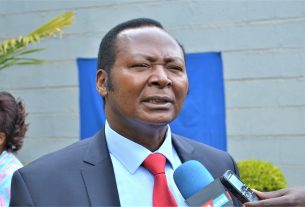 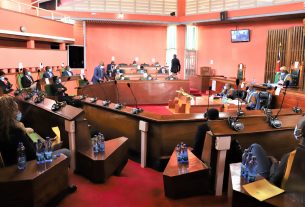